A letter from our founding team 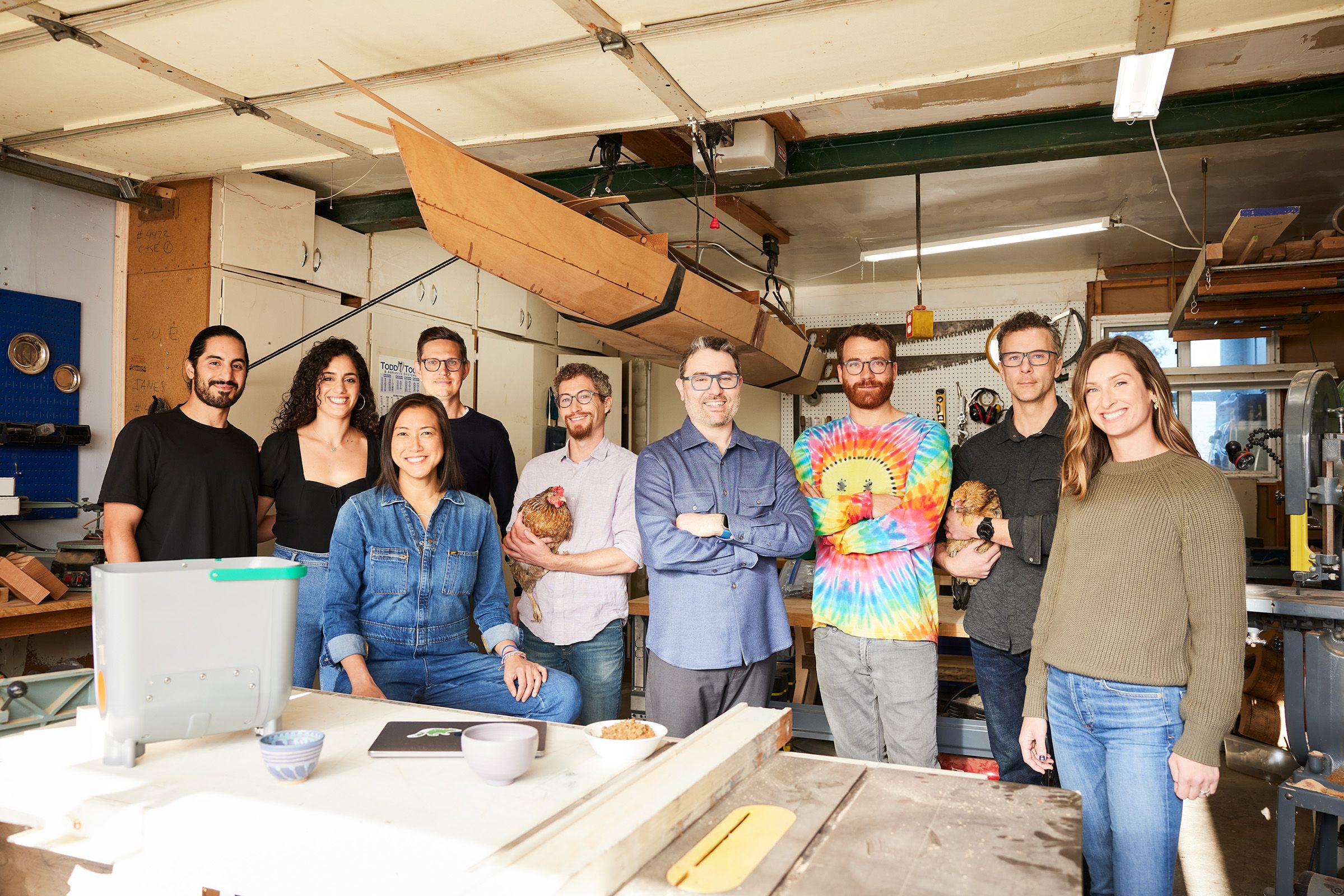 Mill is all about answering a simple question: How can we prevent waste? Less waste can save time, money, energy, maybe even our planet. And there’s no better place to start than food.

If we can make it easy and fun to waste less food, we can help make life better for everyone. No more stinky kitchens. Fewer trips to the trash cans. No more wasted nutrients. No more harming the planet. The food we can’t eat can stay where it belongs - in the food system.

Getting rid of food waste won’t be easy. But our experience building products like the iPod and Nest Learning Thermostat has taught us that small changes can add up to something big.

Together, we can build a new system that just makes sense. That’s what Mill is about. We’ve been working on it for years, and we’re so freaking excited to show you what we’ve been up to.

Nobody likes waste, and nobody wants to create it, especially with food. But these days, it's hard to avoid.

Most of us remember our parents telling us to clean our plates, or to make sure our eyes weren’t bigger than our stomachs. Some of us had grandparents who could do crazy magic with leftovers. But, even when we try not to, most of us end up buying more food than we eat.

Wasting food stinks. Literally. We end up doing battle with militant fruit flies, putting up with funky smells, and running to the door with dripping bags. Some of us compost, but it requires open space. In most places, municipal composting isn’t even available.

So we throw food away and hope everything turns out okay. Only it doesn’t.

Food is the single largest inhabitant of landfills. And most of that food comes from our kitchens. We end up wasting 40% of the food we grow. That’s like buying five bags of groceries and leaving two of them in the parking lot. And waste is expensive. The average household spends up to $1,900 on wasted food every year.

Food in landfills also releases methane — one of the most potent greenhouse gases — which is bad for the planet. If global food waste was a country, it would be the third-largest emitter in the world after China and the U.S. Food waste is literally cooking our planet.

At the beginning of the pandemic, we were all stuck at home staring at — and smelling — our own trash. We became more aware of all the waste we were generating every day, and just how much of it was food. It just didn’t make sense.

Does it have to be this way? Food doesn’t become trash just because you put your plate in the sink. Food is delicious. It deserves better, and it should go to a better place. What if we could send food to farms instead of landfills? What if a chicken could eat it? What if we could get rid of the sludge at the bottom of our trash bins once and for all?

We had a feeling we might be onto something. And the fruit flies were going to be pissed.

Soon we were building prototypes out of cardboard. We sent emails to experts who had written books on this stuff — and some of them actually wrote back! We talked to our friends, family, baristas, strangers at the grocery store, anyone who would listen. We found people who knew chickens.

Before long, Mill was born.

To start, we’re closing the loop between kitchens and farms. And we’re doing it with the Mill Membership, which includes the Mill kitchen bin. The bin is easy to use, fun, beautiful, and family and pet friendly — the kind of product that can become part of your everyday life, like a fridge or dishwasher.

But unlike a lot of other product companies, the bin is just part of the story. The real magic is what happens to the food inside.

By working to turn food you can’t eat into an ingredient for chicken feed, we can keep nutrients in the food system. And, along the way, we can make stinky, leaky trash bags a thing of the past — and reduce the amount of methane that gets released into the atmosphere. All it takes is putting food you can’t eat in a bin and setting a box outside your door once or twice a month. It’s a raccoon’s worst nightmare.

From the beginning, we’ve worked with everyone from government officials and regulators, to industry leaders and NGOs, to farmers and leaders in agriculture. Because everyone wants to waste less. And as we scale, we’ll work to make sure everyone everywhere can access this new system — because that’s how we’re going to change things, one kitchen at a time.

In other words, conservation isn’t just part of what we do. It’s what we do.

Joining a startup is never an easy decision, and most of us took a risk. But we did it because we believe in this work, because we’re inspired by one another, and because we want to leave the world a little bit better than we found it.

We’ve also benefited from the insight and experience of an incredible community of outside advisors who have been working to eliminate food waste for decades. We’re deeply grateful to everyone who has studied this problem, helped to quantify it, and advocated for something better. You can learn about some of them here.

Finally, we benefit from investors who believe in our mission and are committed to the planet. They’re patient, thoughtful, and push us in all the right ways.

When it comes to preventing waste, fighting climate change, or outwitting fruit flies, there’s no silver bullet. These are big, tough problems — and if they were easy to solve, someone would’ve done it already.

But we believe we can prevent waste, help the environment, de-stink our kitchens, and build a sustainable business along the way. We’ll make some mistakes, but we’ll learn from them. Our optimism is what drives us, and it’s why we’re in this for the long haul.

Because this is just the beginning. If we can figure out food, what about other stuff? We spend an insane amount of money every year throwing things away that still have value. What if we could prevent those things from becoming waste in the first place?

Ultimately, our goal is to make it easy to do the right thing for the planet. That’s how we’ll outsmart waste. And while we’ve got a lot of work to do, we’re fired up to do it. We hope you’ll join us. 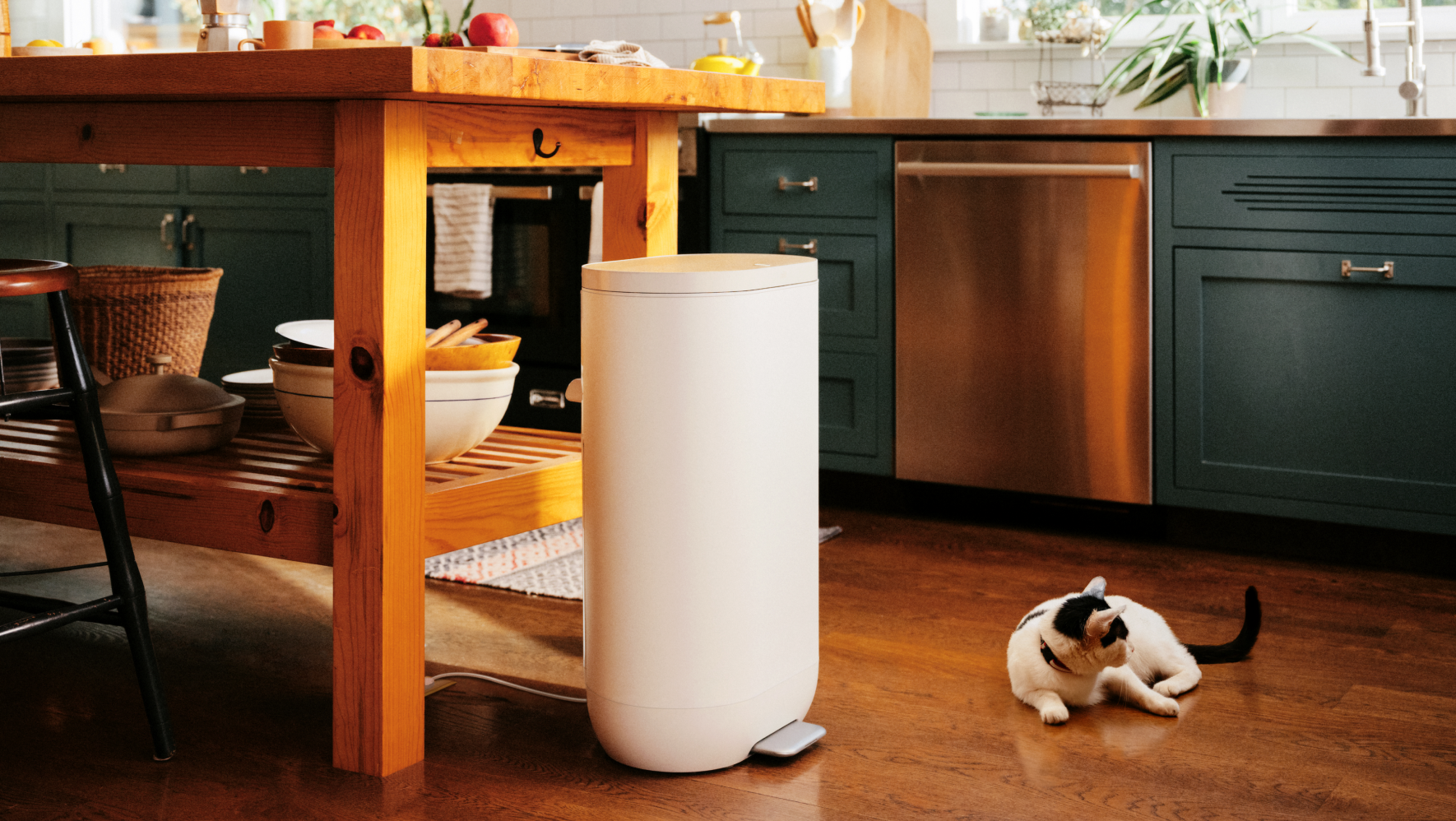 January 17, 2023
Announcing Mill: A new way to outsmart waste.
Stay in the loop